One of the most charming towns on Spain’s Costa Blanca, Altea is located just 11 kilometres north of the popular Benidorm resort, and 58 kilometres north of Alicante. The name “Altea” comes from the Moors who conquered the area, naming it Althaya (“health to all”). 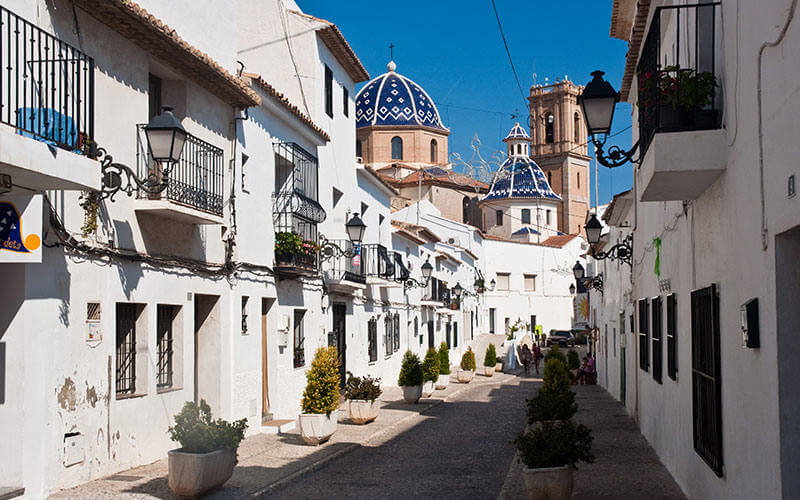 Easily reached by hire car, it is an attractive town that is popular with holidaymakers and residents alike. From a distance, you can see a group of buildings perched on a hilltop, as the mediaeval town overlooks the Mediterranean Sea with spectacular views all around.

The town is dominated by the Church of Our Lady of Solace (La Mare de Deu del Consol) with its picturesque blue and white dome tiled with glazed ceramics – well worth a visit.

Altea has plenty on offer, but if you are after a vibrant nightlife this may not be the place for you. It is a soothingly calm and tranquil town that can be discovered as a day trip on foot, or better still take your time over a few days.

Be captivated by mediaeval cobbled streets, charming whitewashed houses and narrow and artistically curved streets, and explore Altea’s Old Town and the palm-fringed seafront promenade, cool pavement cafés and bijou shops – all highlighted against the glistening backdrop of the Mediterranean.

The ascent to the old quarter of the town is via steep slopes, stepped streets and staircases, often with shaded areas and always with stunning views at every turn extending along the entire La Marina area. 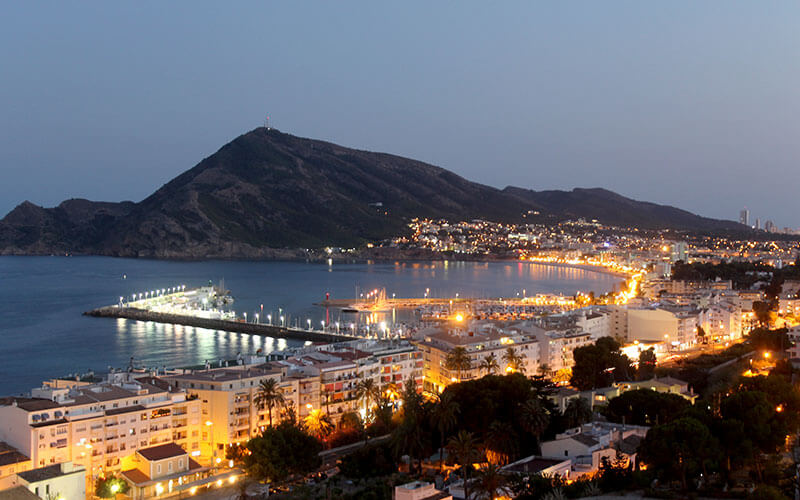 Spot the silhouette of the enigmatic Penon de Ifach – a huge calcareous rock protected by one of the smallest nature reserves in Europe – which attracts about 100,000 visitors every year. On the other side, the Helade range is clearly visible.

Altea is well known for its artisan craft workshops and studios, and is a great destination for traditional summer fiestas. In fact, you may notice that there always seems to be festivities of some sort or other going on throughout the year.

San Pedro and Virgen del Carmen (the patron saint of fishermen and the sea) is one of the most important fiestas and is celebrated on 16 July – definitely a date for the diary.

In August, Castell de L’Olla is the location for a spectacular fireworks display set to music, one of the biggest and best in Europe, attracting in the region of 50,000 spectators, and one you also don’t want to miss.

Many Spanish towns hold their own versions of the Moors and Christians festival in commemoration of the former’s 500-year rule over much of Spain until they were overthrown in the 15th century.

In Altea, history is acted out during a vivid and dramatic weekend-long festival every September, with processions and battle reenactments, together with food, drink and entertainment.