Situated a little way inland and to the south of Alicante, Elche is a half-hour drive down the A-70. It is definitely worth finding the time to make the trip, and hiring a car is the best way to do it.

The drive is pleasant and it’s easy to know when you are approaching Elche as the roads are lined with the palm trees that have made the area famous. 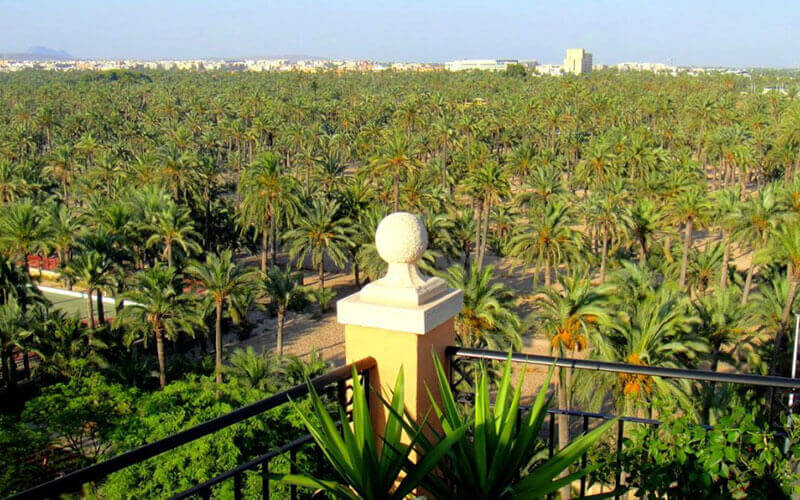 There are plenty of amazing things to see in Elche, so make sure you plan a day trip during your stay in the Alicante area.

The city is home to the Palmeral de Elche, Europe’s only palm grove and one of the largest examples of its kind in the world. With more than 200,000 specimens of the date palm, it’s a truly impressive sight.

Palms were initially planted by the Phoenicians more than 2,500 years ago in order to grow dates, which were a main staple of their diet.

Some specimens of the tree can grow to more than 30 metres tall and live for more than 300 years. 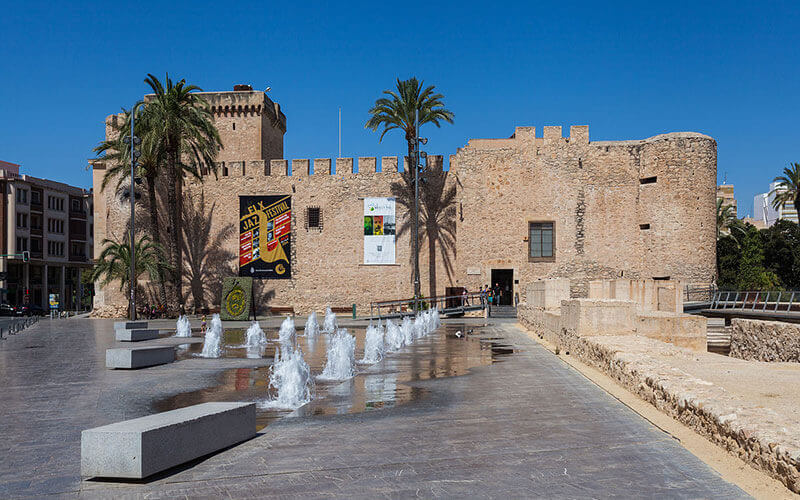 One of the great pleasures of visiting Elche is the chance to walk around the centre of town and admire its buildings and monuments.

You can see the strong Moorish influence and northern African architecture on show throughout the city. Many of the churches were originally mosques or were built over the top of existing Moorish buildings.

One fine example that should be on everyone’s must-see list is the Basílica de Santa María. You can enter for free or pay a small fee to climb the tower for a fine view of the surrounding area.

Thanks to its exceptional palm grove and architecture, and cultural traditions, the city was designated a UNESCO World Heritage Site in 2001. It was chosen as a wonderful example of northern African landscape and culture that has been transferred to a different continent.

Elche has an excellent selection of cultural experiences and activities to explore. One of the best places to secure stunning pictures of the palm trees, for example, is the Parque Municipal, which is also an attractive area for a leisurely stroll.

You will find various museums ranging from the Museo del Palmeral, which offers an insight into the history and evolution of the palm grove, to the Palaeontology Museum and Museum of Contemporary Art – there is something to suit just about every cultural taste.

Every year the city hosts the mediaeval play Misteri d’Elx (Mystery Play of Elche) in the aforementioned Basílica de Santa María. It has been declared one of UNESCO’s “Masterpiece of the Oral and Intangible Heritage of Humanity”.