Situated 11 nautical miles off the coast of Alicante near the Santa Pola headland is the small, virtually untouched island of Tabarca. 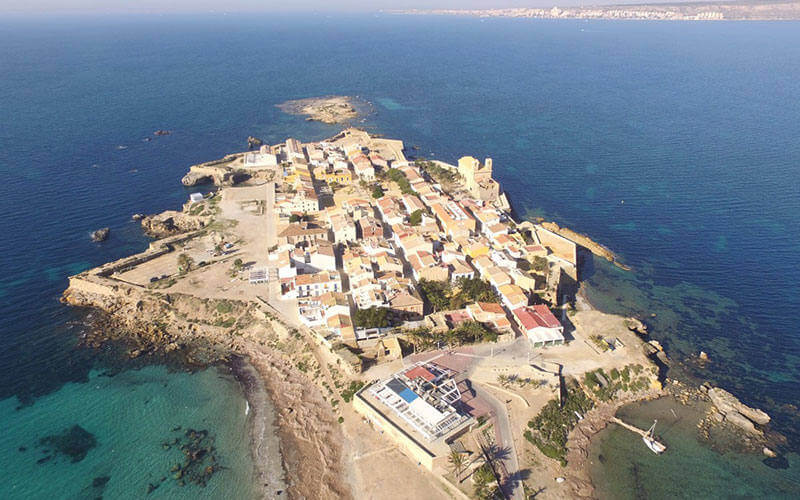 It is the only inhabited island in the region and a designated marine reserve. On the island, there is a picturesque village of whitewashed houses with a historical church, a port and a lighthouse, attractions which are well worth the trip alone.

Until the end of the 18th century, Tabarca Island was a refuge for Barbary pirates who used it as a base to plunder passing ships.

King Carlos III ordered the island to be fortified and a town built, and by the end of the 19th century its population had grown to around 1,000 people, mostly fishermen.

Nowadays, tourism is the main source of income. Tabarca’s permanent population is only around 50 in the off-season, with an influx during the busy summer months when the island receives 2,000-3,000 visits per day.

Walking around the island only takes about one and a half hours. The western part of Tabarca is where you will find the village, which is protected by defensive stone walls that were built by King Carlos III in 1769 and have been declared a historical and artistic site of cultural interest.

Take a look at the local Nueva Tabarca museum, located in the former Almadraba warehouse building and open from Wednesday to Sunday. Its opening hours (normally from 10.45am or 11.30am) are adapted to the boat schedules. 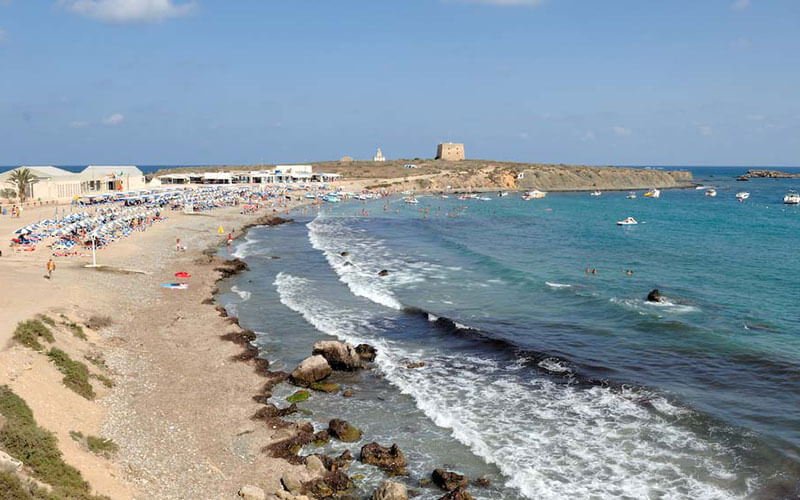 How to get to Tabarca Island

For a day trip to Tabarca Island, there are regular boats departing from Alicante, Benidorm and Santa Pola. The boat trip takes 45 minutes to one hour and is an experience in itself.

The waters around Tabarca Island are a Mediterranean Marine Reserve due to their outstanding beauty. If you want to escape the mainland and discover an incredible biodiversity of flora and fauna, you are in exactly the right place.

Once on Tabarca, there is a restaurant and shop for your convenience, but many day trippers take a picnic instead. Discover the beach or take a wander along the little coastal path until you find the perfect spot to have your picnic and do some sunbathing.

Tabarca’s speciality dish is caldero, a stew made from fish and rice.

While Alicante isn’t usually considered to be a destination for snorkellers, you can head to Tabarca island for wonderful opportunities.

As a protected marine reserve, it’s a veritable haven for marine life and birds, including turtles, lobsters and a vast variety of fish.