Villena is located to the north-west of Alicante, around one hour’s drive along the A-31.

Bordering the Murcia and Valencia regions, the city is well-known for its pottery and footwear industries. 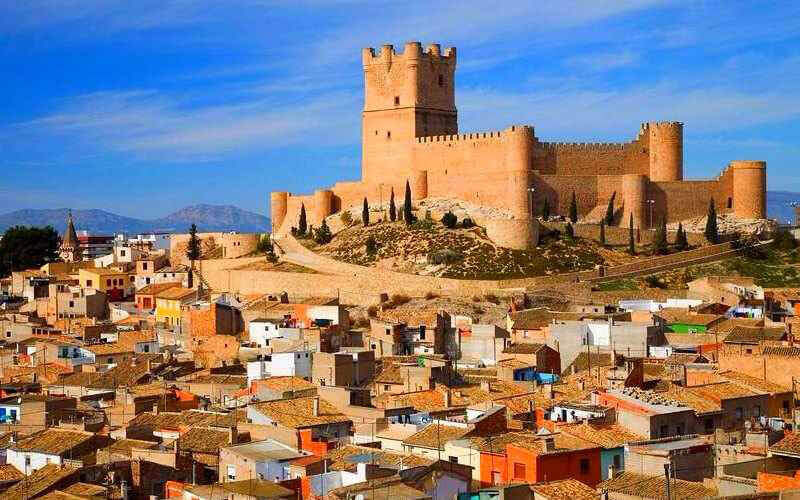 Throughout the year, there are plenty of varied cultural attractions in Villena to suit just about any taste, including the following…

No trip to Villena would be complete without exploring what is the town’s most important and impressive sight: Atalaya Castle. Towering over the town centre and cutting an imposing figure, it can’t be missed as you drive towards the city.

Built before the 12th century, the castle was abandoned in the 19th century before being restored in 1958. Today it is in excellent condition, having been declared a Historic Artistic Monument in 1931 and receiving protection for its cultural significance.

Villena is home to several high-quality museums for visitors wanting to learn more about the region and its history.

The Archaeological Museum, founded by José María Soler García, contains the Treasure of Villena – a famous hoard of Bronze Age gold – as well as other artefacts.

For those more interested in art, the Antonio Navarro Santafé Museum features sculptures, sketches and photographs by the artist.

Another key reason to visit Villena is to take in some of the city’s wonderful architectural sights.

The town hall, which is known as the Municipal Palace, was built in the 16th century by Pedro de Medina and was declared a National Artistic Historical Monument in 1968. It is well worth taking a look around to marvel at the work of sculptors who were a part of the construction process.

The grand Santiago Church was built between the 14th and 16th centuries and is highlighted by impressive elements of Renaissance architecture.