5 of the Best Summer Festivals near Alicante

When it comes to festivals, Spain always knows how to throw a great party. From flamboyant Carnival parades early in the year to more poignant, but still spectacularly ornate, Easter commemorations, and a multitude of extravagant local and regional celebrations in between, it sometimes seems as though every day is a festive occasion in Spain.

And especially during the summer months, when outdoor revelry is a core ingredient of the vibrant social landscape, and coastal destinations such as Alicante and the Costa Blanca really come into their own.

This year, with COVID restrictions almost completely lifted in Spain, summer is shaping up as a holiday season that will offer even more memorable festive moments for tourists keen to enjoy unbridled fun and entertainment in resort areas that guarantee long sunny days and weeks.

As to be expected, the FIB Festival in Benicàssim is included in Holidu’s 2022 ranking of “Most-Desired Summer Festivals”, based on searches by Spanish music lovers. This festival is also hugely popular among international fans of alternative music, as it offers a first-class line-up of artists on the rock, indie, hip hop, pop and dance scene. Its exceptional setting is not actually in Alicante but still conveniently located for a visit to the neighbouring province of Castellón.

Offering three days of energetic independent music by top national and international artists, the Low Festival returns to Benidorm after a two-year hiatus due to COVID restrictions. In addition to attractively economic culinary options in the town, and the chance to immerse themselves in Benidorm’s famed beach scene, festival goers will be able to enjoy music by Izal, Primal Scream, Metronomy, White Lies – !!! (Chk, Chk, Chk), Temples, et al. 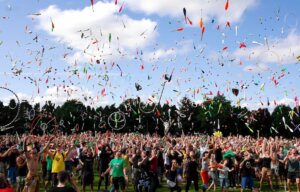 This is another major festival on holiday rental portal Holidu’s list – in fact, the second most popular after Mad Cool in Madrid (6-10 July). Also in Castellón, by the sea in Burriana, Arenal Sound especially appeals to electronic music lovers, with artists including Myke Towers, Bizarrap, C. Tangana and Afrojack.

And a third one from Holidu… ranked third behind Mad Cool and Arenal Sound. The Medusa Sunbeach Festival is a little further away for festival lovers staying in Alicante but well worth the trip to Cullera in Valencia province (30 kilometres from the eponymous capital city) for passionate fans who can enjoy international indie and electronic music as well as the area’s superb beaches. 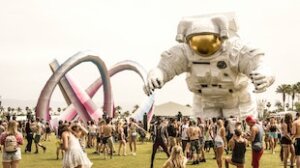 Held in Alicante’s party capital of Benidorm, the Bombastic Festival offers fans a mix of pop, electronic, hip hop and urban music. Already held in Madrid and Asturias, this year’s event adds a new date in Benidorm, at the Guillermo Amor sports complex from 18 to 20 August. It is headlined by C. Tangana, with other confirmed artists including Hijos de la Ruina (Natos y Waor + Recycled J), Duki, Bizarrap, Rels B, Bad Gyal and Lola Indigo – plus several top DJs.

For the record, the other top-10 festivals listed by Holidu were (in order):