Visitors to Alicante this summer will be able to take advantage of free guided walking tours organised by the city’s tourist board.

Part of Alicante’s “City & Beach” tourism campaign to encourage tourists to visit the capital of the popular Costa Blanca, the initiative includes three different routes that are suitable for the whole family and showcase “the most beautiful places of interest in Alicante”.

The visits are carried out in Spanish and English, in groups of no more than 20 people, and on different days (except Mondays) throughout July and August. They last for two hours each and depart at 11am from the tourist office located in the town hall square.

All safety measures are observed (use of masks, social distance, etc.) and the organisers advice visitors to bring water, sunscreen, sunglasses and a cap.

Route 1: Alicante and its History (Tuesdays and Fridays)

This tour of the city’s historical and artistic legacy covers locations and places that “reveal the history of Alicante, its evolution and its future”. These include monuments such as the town hall, Santa María Basílica, Explanada de España promenade, Centro Labradores 15, San Nicolás Co-Cathedral, Water Museum and Garrigós Wells.

Route 2: Alicante and its Traditions (Wednesdays and Saturdays)

Route 3: Alicante and its Gardens (Thursdays and Sundays) 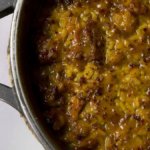 While in Alicante, visitors are also invited to take part in another project that showcases the area’s cuisine – specifically rice.

The aim of “Alicante City of Rice” is not only to highlight the value of the city’s gastronomic traditions but also to become a meeting point – with rice playing a central role – for various initiatives including seminars, symposia and cooking demonstration sessions.

“Rice is undoubtedly the starring character in our city’s gastronomy. So much so that we could practically eat a different speciality each day of the year. Dry rice, brothy rice, rice with seafood, creamy rice, rice combined with vegetables, meat or fish. In fact, the best products from both the Alicante coastal and mountain areas blend with our star ingredient to offer us the best of our healthy and tasty Mediterranean diet.”

One especially popular dish is rice with leg of beef and chickpeas. If you would like to try it at home before (or after) travelling to Alicante, the tourism authorities have posted the recipe on their website in English.

To discover more about Alicante and the Costa Blanca, check out our comprehensive Area Guides.