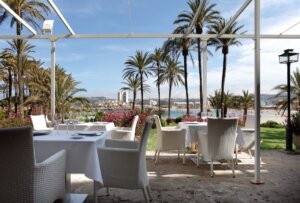 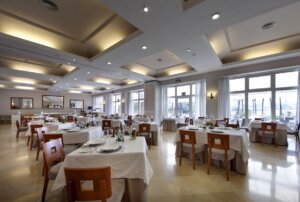 Traditional tapas are on the menu today at Parador hotels around Spain, including the Jávea establishment in Alicante. Coinciding with World Tapas Day, the state-owned luxury hotel chain – which dates to 1928 – is offering a welcome aperitif at all its restaurants and bar-cafés to accompany guests’ chosen drink.

The traditional tapa on offer varies from region to region, with Paradors in Valencia (which is made up of three provinces including Alicante) serving “espencat o esgarraet con bacalao” (roasted red peppers and aubergine with cod).

Paradores de Turismo is a member of the Saborea España association, which promotes World Tapas Day – now in its 10th year – with the objective of showcasing Spain’s cuisine as a major tourist attraction. 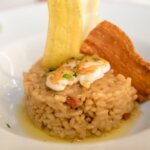 Guests at Jávea Parador’s restaurant can enjoy al fresco dining on a terrace offering stunning views over the nearby Mediterranean. Their popular local specialities throughout the year include rice (paella), fish and fideuá (seafood vermicelli) dishes.

Located in the northern part of the Costa Blanca, near the border of Alicante and Valencia provinces, Jávea is a convenient one-hour drive along the coast from Alicante-Elche MIguel Hernández Airport. 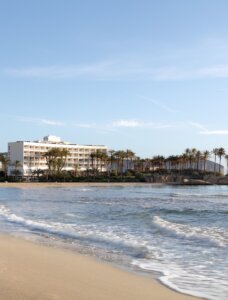 The Jávea Parador is ideally placed for guests to enjoy the area’s diverse array of beach activities, watersports and other outdoor pursuits – including a small dock for those with their own boat.

The attractively cobblestoned and whitewashed town has a port and a yacht club with nearly 500 moorings, as well as dinghy sailing, windsurfing schools, cruiser boat rental and diving centres.

Two kilometres from the town’s historic centre is Aduanas del Mar, a seaside district extending along the municipality’s picturesque coastline of beaches, coves and scenic lookouts, while underwater aficionados can enjoy the nature marine reserve at Cabo de San Antonio. 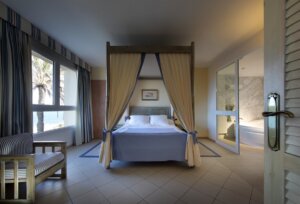 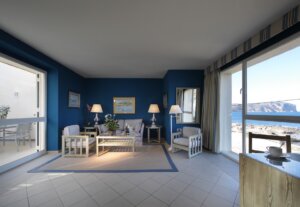 Back at the Parador, the comfortable, well-appointed rooms are ideal for relaxing on the balcony and admiring the sea views, while guests can also chill out around a pool surrounded by verdant gardens.

The Paradores de Turismo network currently comprises 96 establishments around Spain, in both historic urban centres and natural inland or coastal settings, as well as refurbished and specially adapted heritage buildings including palaces, castles, fortresses and monasteries.

Thirty Paradores have been officially declared as “Assets of Cultural Interest”, and all are committed to preserving their iconic sites and promoting sustainable and quality tourism.

Sixteen of Spain’s 17 regions have their own distinctive Parador hotels (except for the Balearics, but also including the autonomous cities of Ceuta and Melilla in northern Africa), and they can be found in nine cities declared World Heritage Sites.

Their objective was to promote tourism in Spain through a chain of hotels set up in areas where private enterprise initiatives were still lacking, and to capitalise on these destinations’ natural beauty, and cultural, artistic and historic wealth.