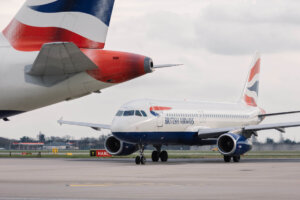 British Airways has included Alicante as one of its key new Gatwick subsidiary destinations for next year, while Transavia is planning to launch a summer service from Brussels to the Costa Blanca airport gateway.

According to British Airways, its planned short-haul standalone business at Gatwick will be similar to the operation from London City Airport that operates under the British Airways name but exists as an entirely separate entity.

Tickets have now gone on sale to 35 short-haul destinations including Alicante-Elche Miguel Hernández Airport (for flights from 1 April). The services are scheduled to initially be provided by three Airbus short-haul aircraft before the fleet is expanded to up to 18 aircraft by the end of May.

“The new services will be branded and known as British Airways. Customers will receive the same high level of service they expect of British Airways, as well as enjoying the benefits of travelling with the UK’s flag carrier including a generous baggage allowance, free water and snacks, free seat selection at -24 hours and frequent flyer benefits which include lounge access.”

British Airways’ chairman and CEO Sean Doyle described the initiative as a “landmark moment” for the company, marking its return to short-haul flying from the London airport after the services had been suspended in spring 2020 due to COVID-19.

“The creation of a new British Airways short-haul organisation means Gatwick customers will benefit from access to a premium service from the UK’s flag carrier at competitive prices. We are looking forward to bringing a short-haul network back to Gatwick, with a fantastic flying team in place, to serve our customers from London’s second hub airport, which we feel sure will be a success.”

“Given the difficult period we have all just been through, we expect BA’s new and extensive network of services from Gatwick to destinations across Europe to be in high demand and our staff, retailers, restaurants, cafés and bars are all looking forward to welcoming BA passengers back in larger numbers from April next year.” 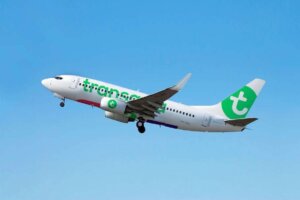 Brussels to Alicante with Transavia

Meanwhile, Transavia has announced that customers can now book summer flights from Brussels to Alicante, with the service due to start on 30 June and operate five or six times a week. Alicante is one of four destinations being offered by Transavia for next summer, also including Ibiza in Spain, Heraklion-Crete in Greece and Faro in Portugal.

“Our flights from Brussels Airport strengthen our position in the Dutch and Belgian market,” said Transavia general manager Marcel de Nooijer. “Many of our current customers and business partners already come from Belgium and the southern Netherlands. That is why we see the start of flying from Brussels as a great step to continue to provide existing customers in Belgium and the Netherlands with their wishes with a number of beautiful destinations.”

Brussel Airport CEO Arnaud Feist said the airline had enjoyed increasing popularity for many years among Belgian travellers looking for a sunny destination. “In addition, the winter sports flight to Innsbruck offers our travellers a new destination in our ever-growing network of cities in Europe.