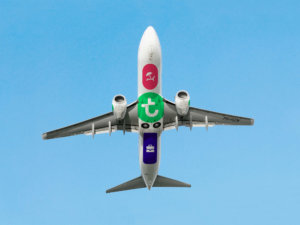 Alicante-Elche Airport welcomed its 14 millionth passenger in November, setting a new annual record one month before the end of 2019.

The passenger arrived at the airport on a Transavia flight from Eindhoven on 25 November and, to her surprise, was welcomed by director Laura Navarro and airline representatives at the foot of the Boeing 737-800, where she was presented with various gifts and a pass for the airport’s VIP lounge.

Alicante-Elche Airport registered a total of 13,981,320 passengers for the whole of 2018, which represented a two per cent increase over the previous year. So far during 2019, the airport has accumulated an increase of eight per cent in the number of travellers, thanks to figures recorded in summer.

For the official winter season, which began on 27 October and ends on 28 March 28, Alicante-Elche Airport has scheduled 149 direct routes to 23 countries.

Meanwhile, Transavia has announced that it will offer nine destinations from Brussels next summer: Alicante and Ibiza in Spain; Verona in Italy; Corfu, Heraklion and Thessaloniki in Greece; Tel Aviv in Israel; Agadir in Morocco; and Faro in Portugal. Tickets with departure from Brussels can be booked now.

“We continue to look for opportunities to strengthen our position,” said Transavia commercial director Erik-Jan Gelink. “Our research indicates that there is a gap in the market from Brussels for low-cost leisure travel which Transavia can fill. A significant part of our current customers and our existing B2B customers already come from Belgium and the southern Netherlands. That is why we see starting routes from Brussels as a great step to continue to meet our customers’ needs in Belgium and the Netherlands with a number of fantastic destinations.”

According to Transavia, Alicante and Ibiza in Spain are especially popular destinations thanks to their “Mediterranean climate, beautiful surroundings, delicious food and stunning beaches”.

Transavia, part of the Air France KLM Group, is the leading budget airline and second largest airline in terms of size in the Netherlands. The airline has operated scheduled and charter flights to more than 110 destinations, primarily in Europe and northern Africa, for over 50 years.

Transavia carries more than 15 million passengers a year and operates with a modern fleet, with flights from six bases in Europe: Netherlands (Amsterdam, Rotterdam/The Hague and Eindhoven) and France (Paris, Nantes and Lyon).

For information about other flight services at Alicante-Elche Airport, click here.