Germans travelling to Valencia (which includes Alicante and the Costa Blanca), Murcia, the Balearics, Castilla-La Mancha, Extremadura and La Rioja will no longer be required to undertake a COVID-19 test or go into quarantine on their return from holidays.

The new Ryanair services are scheduled from 28 March to mid-April, although “many” of the routes will continue operating throughout summer, according to the low-cost airline company, with flights available for bookings until March 2022.

In the case of Alicante-Elche, which has just been named one of the world’s best airports for hygiene measures, twice-weekly Ryanair flights are scheduled from Frankfurt International and Berlin, and weekly from Cologne, Hamburg, Nuremberg, Bremen, Baden-Baden and Dusseldorf Weeze.

Lufthansa and Eurowings are also reported to be planning additional services between Germany and Alicante after Easter. The Valencia region is one of the most popular European holiday destinations for German tourists. 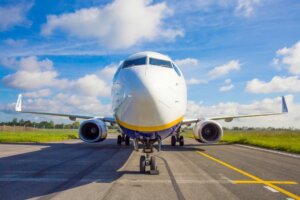 Ryanair has also announced an extension of its “€ zero flight change fee” for all customers who book before 30 June 2021.

According to marketing director Dara Brady, “The acceleration of the vaccine rollout programmes will see the high-risk/elderly groups vaccinated by the start of summer, which we believe will lead to an easing of travel restrictions and an increase of travel demand to the beaches of Greece, Spain, Italy and Portugal.

“Many Ryanair customers will be taking their first holiday in over a year this summer, and to continue to provide as much flexibility and assurance as possible we have extended our € zero flight change fee for all bookings made before 30 June. Customers can now book flights for well-earned summer holidays knowing that if they need to postpone or change their travel dates they can do so with a € zero change fee until the end of October 2021.”

International tourists travelling to Alicante who would also like to visit or transit to other parts of Spain now have more options with Ryanair. In what it described as its “biggest ever Spanish domestic schedule”, the airline said Spanish consumers booking staycations or business trips this summer would have access to 70 routes (up 40 per cent compared with last summer) and as many as 800 weekly flights across 21 airports – including nine newly announced routes in March and an additional 16 flights every week on existing routes, starting from 1 July.

Alicante-Elche Airport is one of eight popular international summer destinations being launched by Ryanair from Belfast City Airport.