Family and friends will be able to accompany travelling passengers inside Alicante-Elche Miguel Hernández Airport terminal from next Friday. This follows the Spanish government’s decision yesterday to ease restrictions on access by non-passengers, in line with universal protocols adapted for the network of European airport terminals.

Since July last year, only passengers arriving with a ticket, for a flight departing within six hours, have been permitted to enter Spain’s airport terminals, apart from people accompanying under-age travellers or those with reduced mobility.

From 15 October, companions will be able to enter Alicante-Elche and other Spanish terminals, although the authorities may impose limits during certain busy periods to avoid overcrowding.

COVID-19 health and safety measures remain in place, including the obligatory use of masks. 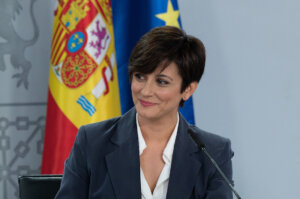 Speaking at a press conference following the government’s cabinet meeting, official spokeswoman and minister for territorial politics Isabel Rodríguez said the easing represented “a return to normality… for personal and family relationships”, which had been adopted thanks to the “positive results of government measures and the vaccination process”.

Alicante’s international airport hub has received global awards for the quality and excellence of its COVID-19 measures.