Las Colinas Golf & Country Club has become the first golf resort in Spain to receive official stroke training certification. In a pacesetting initiative to help protect the health and wellbeing of clients, the resort – which is located in a 330-hectare valley south of Alicante – has formally received “Protected Brain Space” certification from the Freno al Ictus Foundation.

According to a press release from the club, “This certifies that all members of Las Colinas Golf & Country Club staff are trained to detect the signs of stroke and act quickly and effectively in the event of a stroke occurring on site.

“All employees, through online training, will be able to make a difference by sounding the alarm and implementing the Stroke Code protocol, consequently becoming the ‘first link’ in the chain for survival of a stroke.”

The club said it was committed to the implementation of an intensive corporate social responsibility (CSR) strategy across all management levels, with a core focus on the environment and people’s wellbeing. 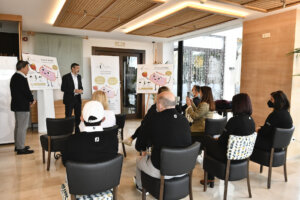 “This project,” said Javier Rodriguez, head of operations at Las Colinas Golf & Country Club, “means intensifying the commitment of Las Colinas Golf & Country Club for the health and well-being of people, in both its own team and all visitors. The health and well-being of people is something we have been working on for years as a part of the framework of our ambitious CSR policy.”

Founded in 2019, with the aim of reducing the impact of strokes in Spain by offering outreach actions for both public and private companies, the Freno al Ictus Foundation’s objective is to certify that staff are trained to act fast and efficiently in response to stroke.

The “Protected Brain Space” online training content has been developed with the collaboration of the Spanish Society of Neurology (SEN) through its Study Group of Cerebrovascular Diseases (GEECV), and is part of the “Brain Caring People” project endorsed by scientists.

The foundation estimates that one in six people will suffer a stroke in their lifetime, and notes that it is the first cause of disability in adults. “Up to 90 per cent of strokes are preventable and a quick response time is vital towards reducing their effects.” 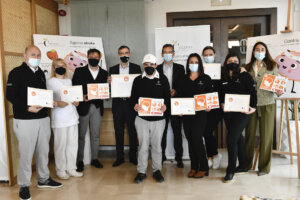 In this year’s World Travel Awards national categories, the club was named “Best Villas Resort” in Spain, as well as winning the European category for “Leading Resort Villas”.

Later, in December in the international grand final, it enhanced its status further by being named the “World’s Leading Golf & Villa Resort for 2021.