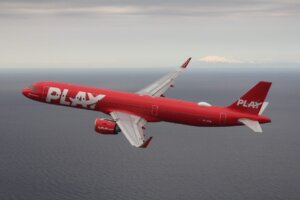 On a national level, airport operator Aena reported that its network had regained more than 50 per cent of pre-pandemic passenger traffic in July, with 15,138,997 travellers in total and the number of operations reaching 76.1 per cent of 2019 levels (183,267 aircraft movements).

According to Aena, “In July, the recovery trend that has been underway since May continued. Progress in rolling out vaccination programmes in Spain and in other countries where travellers come from, coupled with developments in the epidemiological scenario, have led to greater recovery in passenger demand and also in the airlines’ offering.”

Founded in 2019, Icelandic low-cost airline PLAY began regular services from Reykjavík to Spain this summer, starting with Tenerife and Barcelona and adding Alicante in late-July.

Scheduled to continue throughout the year, and operating with A321neo aircraft, the Alicante flights are on Tuesdays and Saturdays – with plans to extend this schedule in the future.

According to PLAY CEO Birgir Jónsson, “Our goal is to make flying affordable for everyone. Safety, performance, simplicity and affordable prices are part of our DNA. When planning our operations, we were clear from the beginning that Tenerife, Alicante and Barcelona should be included in our route network. Spain has always been a popular tourist attraction for Icelanders looking for sun and beach destinations for their vacations, so having a presence in the country has been an absolute priority for us.” 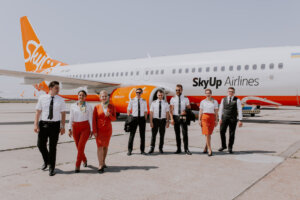 Keen to showcase Alicante’s popular summer combination of sun, beaches and entertainment to Ukrainian tourists, SkyUp plans to launch flights from Kyiv to Aliante (as well as Barcelona and Tenerife) on 22 August.

Announcing a twice-weekly Alicante-Elche Airport schedule for Thursdays and Sundays, the airline waxed lyrical about the pleasures of a Spanish holiday… “Many songs, books and films are dedicated to Spain. Cheerfulness, distinctive local flair, eccentricity, charisma mixed with magnificent nature, modern beautiful cities, and ancient traditions are worth the attention of those who miss new experiences and adventures.

“Holidays in Spain include, but are not limited to, flamenco dances, heavenly resorts washed with the waters of the ocean and seas, delicious cuisine and refreshing sangria, interesting walks and shopping. Whatever you choose, tune in to laugh a lot and enjoy everything around you, as it is almost impossible to resist the cheerfulness of the Spaniards.”

Transavia from the Netherlands

Plans by Transavia to fly to Alicante from Belgium this year have been put on hold, but in the meantime Air France-KLM’s low-cost airline has scheduled daily flights from three Dutch destinations.

Services are being offered from Amsterdam (two or three times a day), Rotterdam (once or twice daily) and Eindhoven (also one or two daily flights). 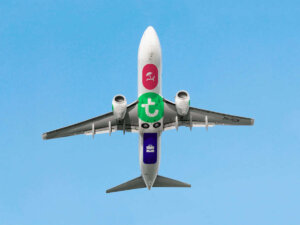 “The importance of Spain in Transavia’s route network, both for inbound and outbound tourism,” said commercial director Nicolas Hénin, “is reflected in this ambitious flight plan. In strict compliance with health measures, we are very happy to resume the pace before the pandemic so that travellers can now book their summer with confidence.”

Looking ahead, Norwegian continues to rebound from the financial crisis it has suffered in recent years, and announced a comprehensive schedule of European flights for 2022.

The company initially focused its recovery on regional Scandinavian flights but now it is planning to re-establish its operations further afield, with connections between Norway, Denmark, Sweden and Finland, and popular European destinations including Spain, from 27 March to 29 October.

According to CEO Geir Karlsen, “In recent months, we have noticed an increased demand from customers… Norwegian expects that the ever-increasing vaccination rate will mean that the risk of new travel restrictions will be significantly lower in 2022.

“We have considerable flexibility in the use of our aircraft, and after the restructuring we have lower debt, an adapted fleet and organisation, and we have received new capital. It has been a tough time, but the result is that we are stronger now than before the pandemic.”